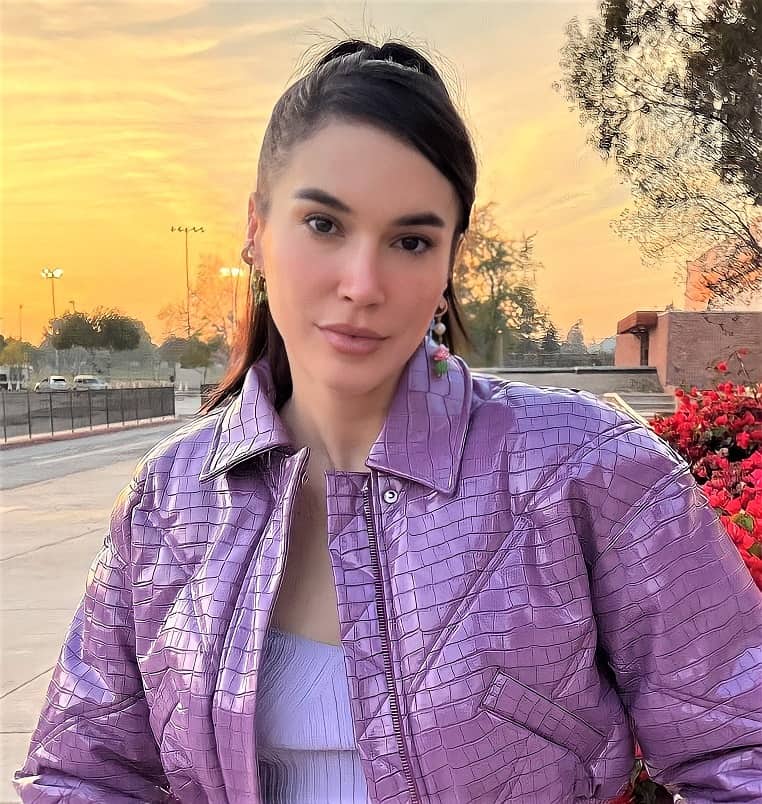 Brittany Xavier is a well-known American Fashion Blogger, Entrepreneur, and social media influencer, famous for her Eponymous website, including fashion blogs “Thrifts and Threads.” Later she added travel advice and lifestyle content, she promotes her content on social media platforms like TikTok and Instagram with the guidance of her husband Anthony and daughter Jadyn. Her full name is Brittany Megan Xavier.

In November 2018, she was a part of an eBay commercial that aired by National Wild. In the same year, she has signed a partnership contract with “Inspr” and launched her fashion line “A Holiday Collection” by selling her products online through “Macy’s stores.”

She is a Philanthropist; in the pandemic situation of Covid 19, she was inspired by her sister-in-law, who serves as a nurse and took a step by creating awareness of the Personal Protective Equipment and started making PPEs at home with the help of 3D printers. She revealed her work on TikTok and Instagram when there was limited stock of supplies of such items in the medicals of their country. During that time, she made large quantities of those items with the help of her family and distributed them to medical facilities around the country. As a result, she has become a vocal ambassador of GetUsPPE, a non-profit that addresses the shortage of personal protective equipment.

Initially, she used to submit her fashion articles to the fashion websites like Look Book and “Asos Fashion Finder.” To promote her blogs, she created an Instagram profile that took two years to gain popularity, and presently, her Instagram has 1.7 million followers. She also runs other social media platforms like TikTok, which has 4.6 million followers, Twitter, Facebook, and self-titled YouTube Channel.

“Breakthrough Fashion Blogger of the Year” is the award she earned at the 2015 Bloglovin Awards. She describes her fashion styles like casual, comfortable, eddy, and Versatile. She was recognized by high-profile brands like Fendi, Dior, H&M, Cartier, YSL, Marc Jacobs, and Givenchy. Later in 2018, she has collaborated with all of these brands.

She worked in “Cold Stone Creamery” when she was 16 years old to save money, and it was her first job. Later in the year 2011, she worked in an accounting firm, and for the next year, she worked full-time at an Insurance brokerage firm in Marketing.

Brittany Xavier will celebrate her 36th birthday in 2022. She was born on November 23rd, 1986, in LA, California, and grew up in Glendora. Her horoscope sign is Sagittarius. When it comes to ethnicity, her father is Argentinean, and her mother is of French and Irish ancestry. In addition to being Christian, she is of American descent.

Brittany Xavier’s educational details tell us that she has completed high school at Glendora High School. Then she completed her bachelor’s in Political Science and International Relations from the University of Los Angeles Verne. She was planning to study law after college and had passed the LSAT, and doing a job was her priority to be supportive for her daughter.

Brittany Xavier has a family of 4, including his father and mother. Apart from that, she has a younger sister named Bailey, and the professional details of her parents and sister are not mentioned anywhere on social media.

Brittany Xavier first started dating someone whose details were not mentioned on social media. Right now, they are no longer exist in a relationship. Ten days after she broke up with her boyfriend, she found out as she was pregnant and welcomed a daughter Jadyn Xavier on January 10th, 2007. By profession, Jadyn Xavier is a famous TikTok star and has 796.8k followers.

Her second relationship was with Anthony, a Photographer who used to work on Street Style photography. Once she met him outside when she was out for dinner with her friend. She later invited him personally to dinner to get to know him better and introduced him to her daughter six months later. Long back, on September 7th, 2013, they got married and gave birth to a daughter Poppy Wren Xavier in 2021. Apart from that, Anthony became a Stepdad to Jayden Xavier.

Brittany Xavier stands at the height of 5 feet and 10 inches and weighs 52 Kg. He has body measurements of 34-26-39 inches, including 11 (US) shoe sizes and 33C Bra cup size. She has beautiful eyes of dark brown color, which gives her an irresistible look with blonde hair.

As of 2022, Brittany Xavier has a net worth of approximately $1 million. Earned from her Fashion and Beauty Blogging career on Instagram and YouTube.

Before getting into the Fashion and Beauty blogging career, Brittany Xavier was affiliated with the corporate marketing Job for almost eight years. She wasn’t passionate about this job, but she had to support her daughter’s basic needs, and there were no other options.

In 2013, Brittany came up with an idea to start blogging about fashion and beauty, which was her passion from the early times. Due to these reasons, she started an acclaimed blog where everything was about the same thing. With time, she managed to grow many readers to that blog.

She decided to upload beauty and fashion on other platforms at one stage. Therefore, she comes up with creating a YouTube channel and Instagram account. Luckily, the idea worked out, and she managed to attain a tremendous amount of popularity on both social media platforms.

Right now, Brittany aims to establish her beauty and fashion blogging on both platforms. Meanwhile, she is planning about launching some products in the future. Therefore, we would also see her in the entrepreneurship industry in the future.